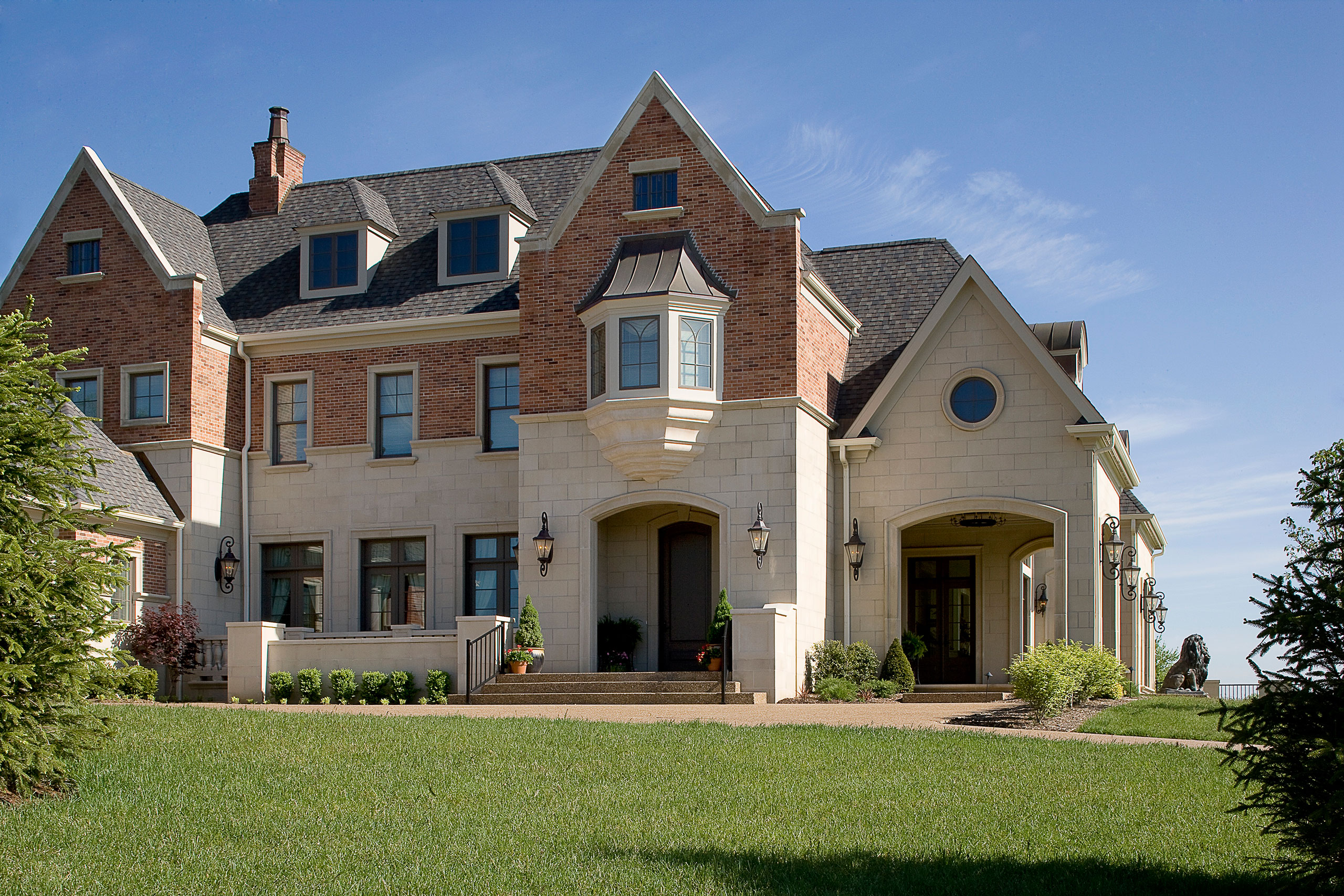 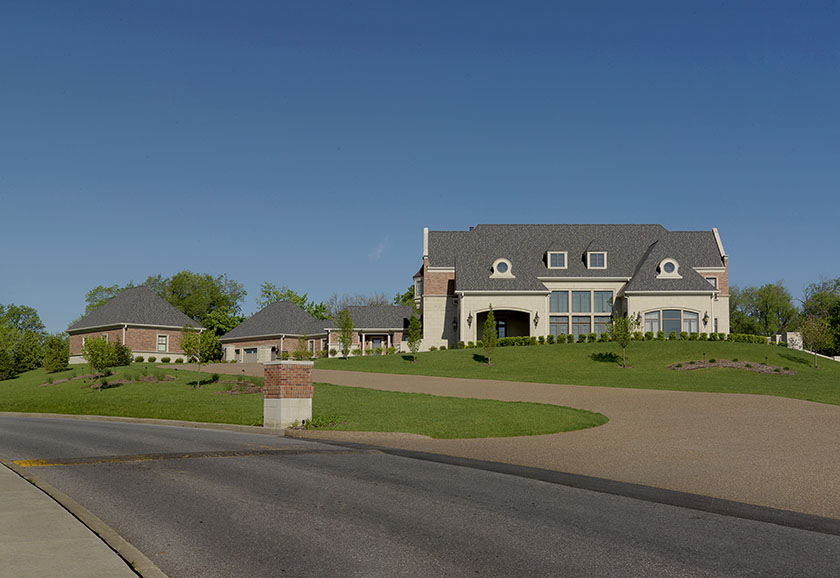 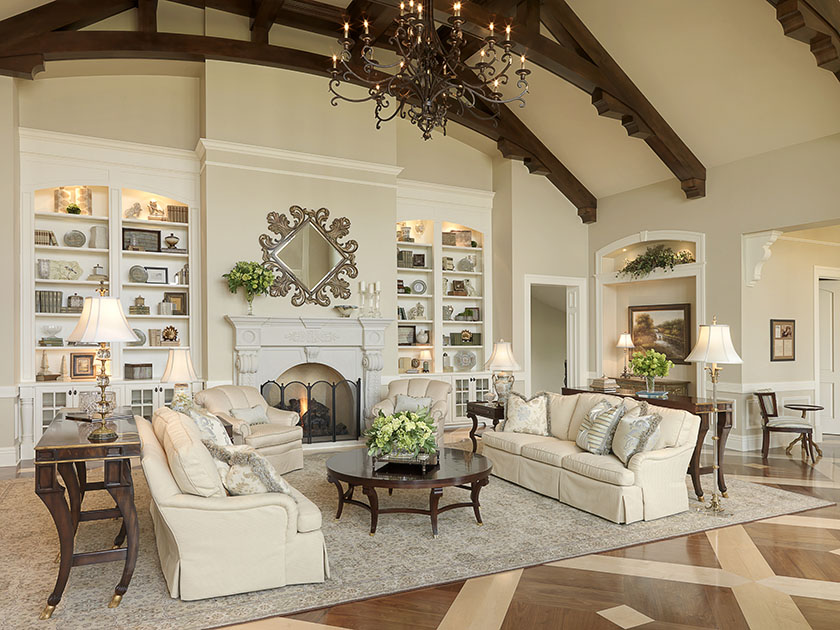 The challenge for Mitchell Wall Architecture & Design was to design a home for public and private uses on the campus of Lindenwood University. The President’s House, which is the private residence of the President, is also used by the University for important Board events, campus events and entertaining. In order to blend in with the campus, the House was designed in the Collegiate Gothic style, reminiscent of the style of Princeton and Yale.

The massing of the President’s House is informal. Smaller out buildings reduce the scale of formality. The 9,200 s.f house is sited purposefully: perched upon the top of the hill, the site allows for views of the playing grounds as well as the campus. The outdoor terraces and sunrooms allow for full enjoyment of campus life.

The open floor plan allow public and private spaces to transition so that the home does not feel disjointed. The public spaces are formal and oversized. Fashioned after a Great Hall, the Living Room has a dark wood beamed ceiling, a floor inlaid with different species of wood, and over-scaled chandeliers. The mantle is caste limestone, and built in book shelves surround it. As a Great Hall, it functions to feed into other important spaces as well as the area to meet and greet guests.

The Dining Room is the most formal space. The coffered ceiling details, the crystal chandeliers, the large fireplace, and the inlaid woods in the floor complement the formality. The pairs of French doors look out onto the grounds.

The dramatic stairwell serves the transitional area between the public functions and private living quarters.

The Kitchen and Family Dining Room are smaller in scale and less formal. The Kitchen is a combination of family space for daily meals and a working kitchen for public events The Hearth Room is cozy, repeating the ceiling detailing of the Living Room but on a smaller scale, being stained bead board with beams.