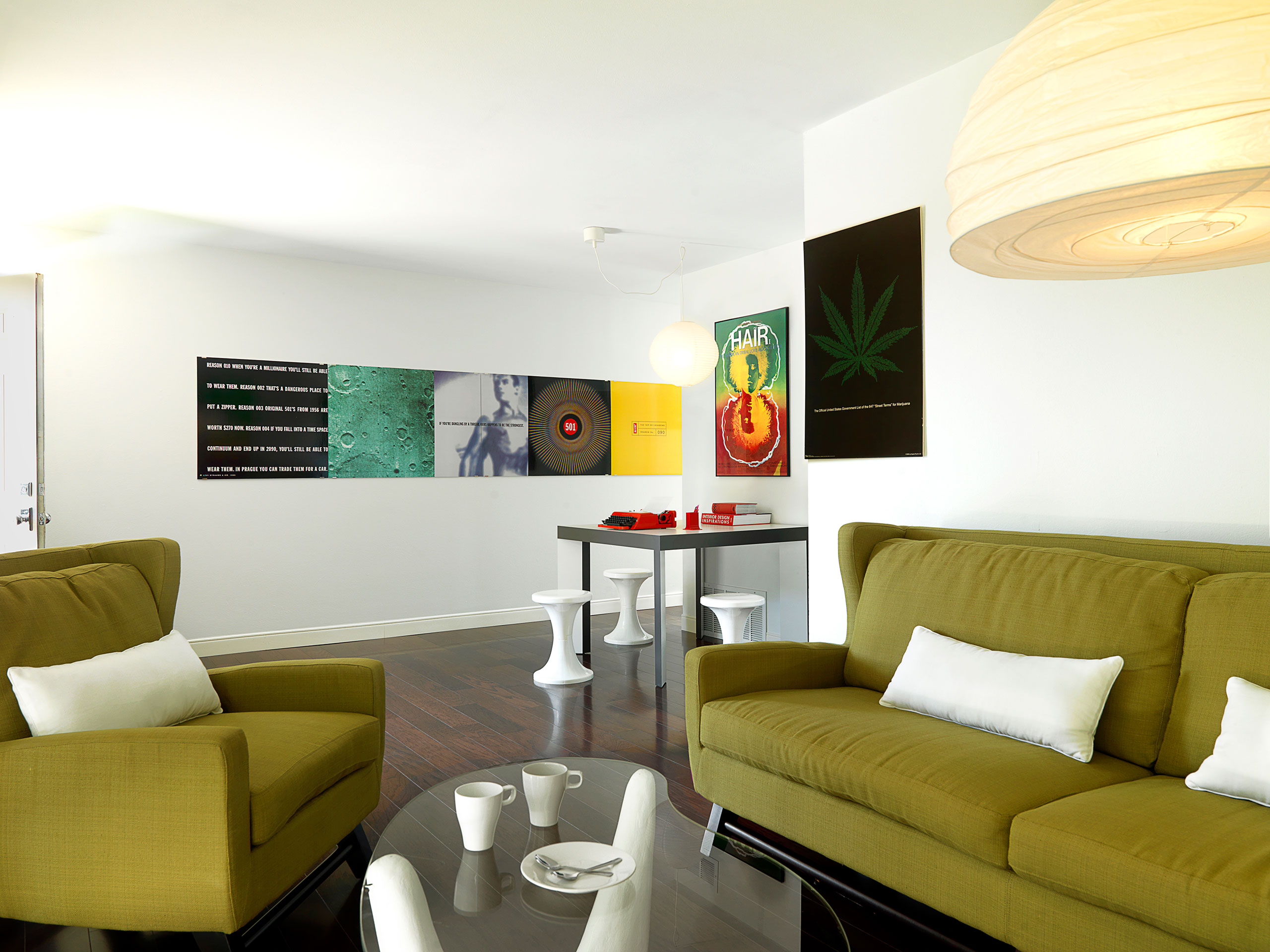 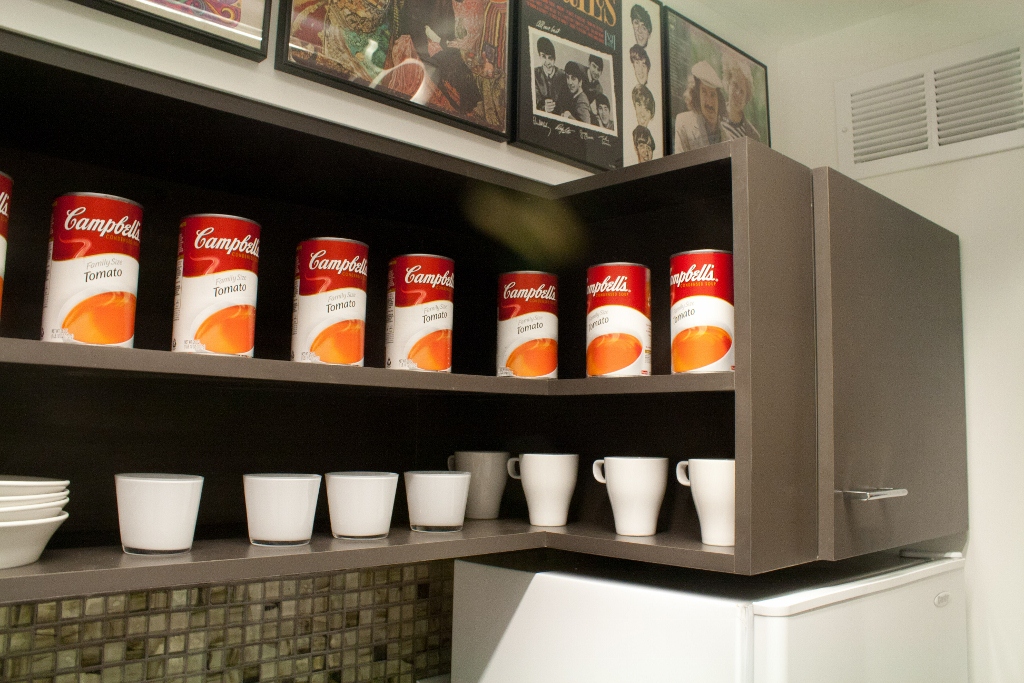 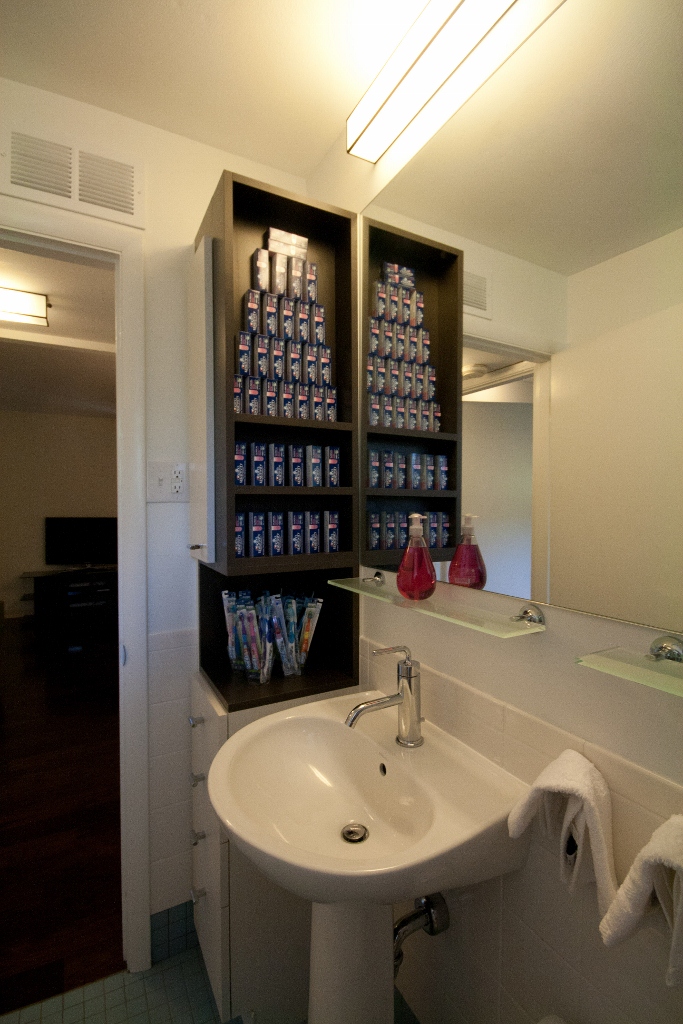 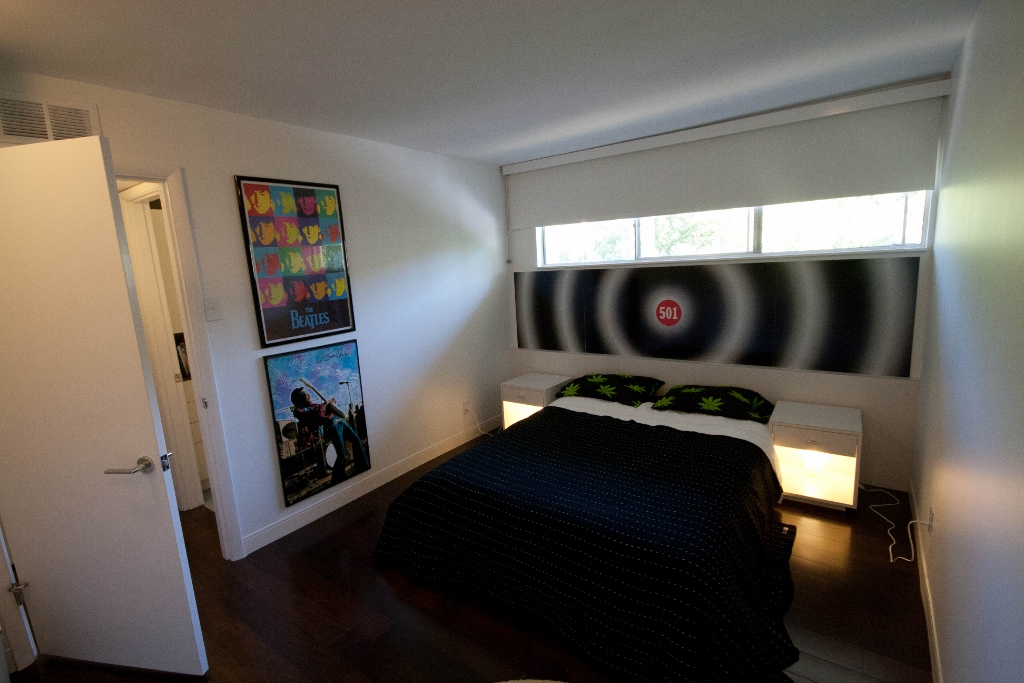 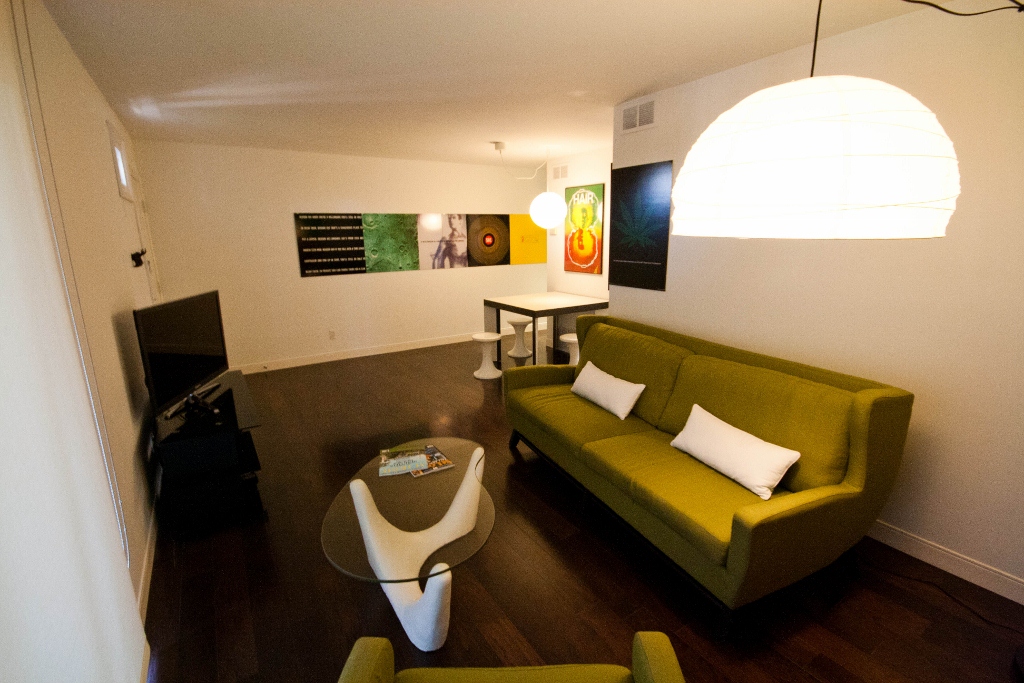 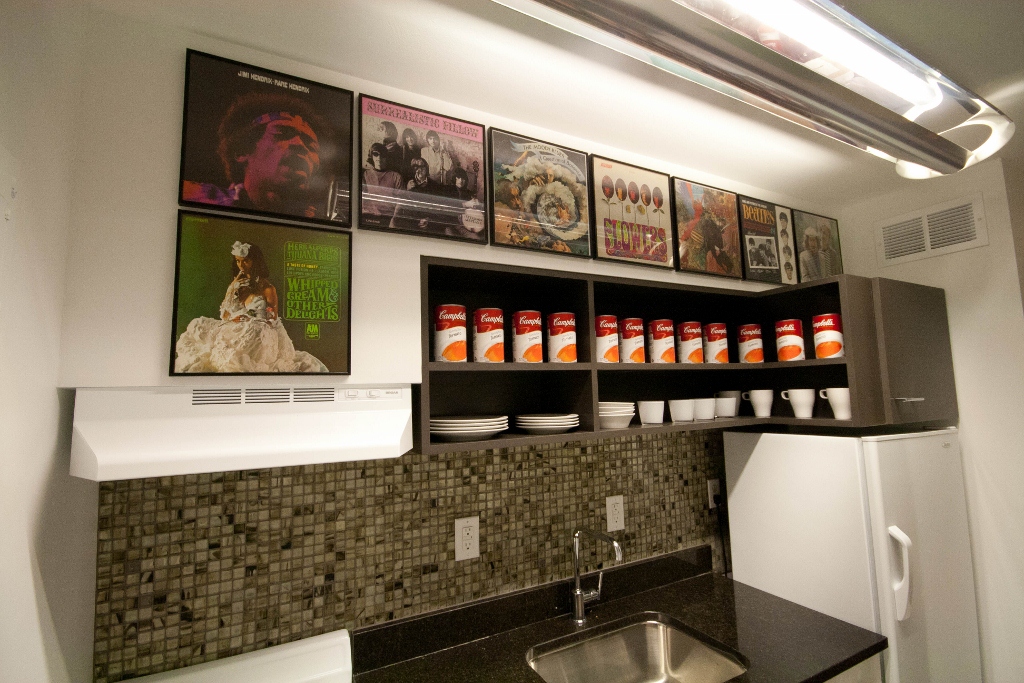 The performers who came to St. Louis to be in The Repertory Theatre and Opera Theatre St. Louis called it “The Bates Motel.” Seeing this as her challenge, Christy Marshall of At Home Magazine undertook the renovation of the Repertory Theatre’s Garden Apartments. Working with Deborah Sharn of The Rep, apartments which needed serious, major league help have now been renovated. Through and endless hours of toil, Mitchell Wall Architecture & Design transformed Apartment J2. Mitchell Wall gave endlessly of their time; Jeff Hochman and Chouteau Building Group were remarkable; and we received significant cash and in-kind contributions to our cause.

When we stepped in to help we were given the “party” apartment, which has a hand painted mural in the school of Peter Max. We designed the apartment around that 1960’s motif and developed a pop culture retreat.